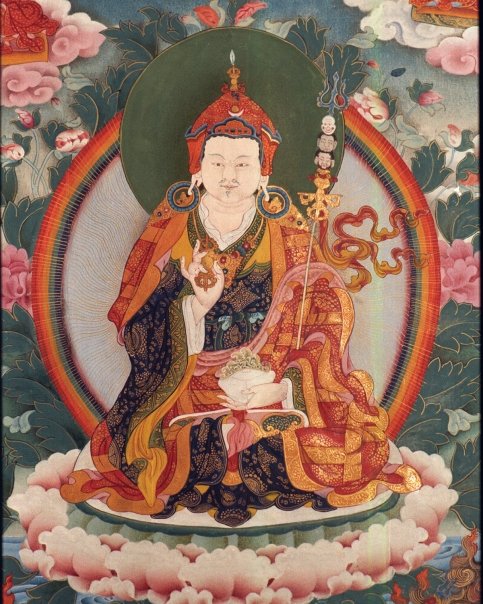 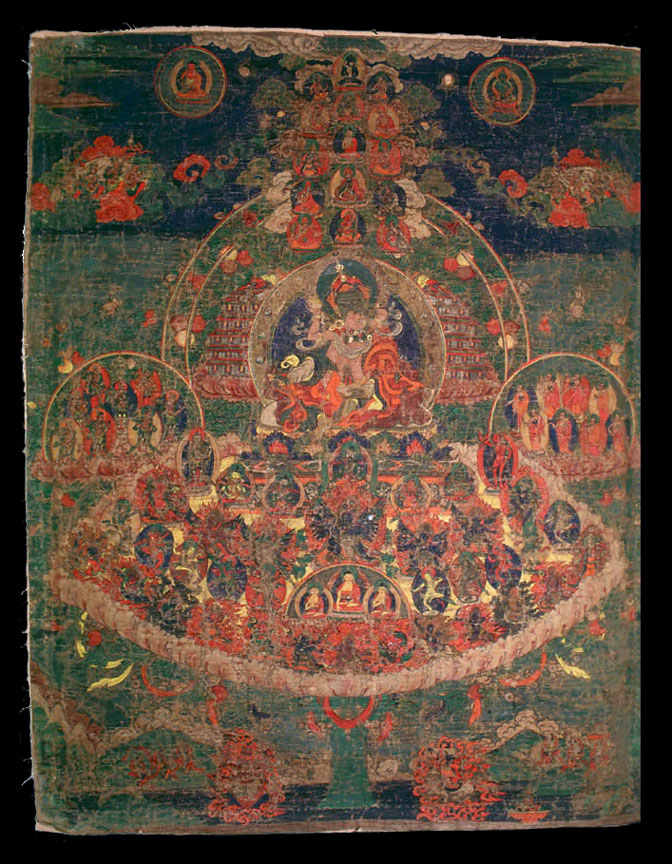 Hence, in addition to the standard Mahayana Buddhist canon of the Kangyur and Tangyur, many further teachings may be found in the Collection of a Hundred Thousand Nyingma Tantras, compiled in thirteenth century by Tertön Ratna Lingpa (1403-1473) and organised by Kunkhyen Longchen Ramjampa (1308-1363). Besides this, numerous works such as the sixty volumes of the Rinchen Terdzod compiled by Kongtrul Yonten Gyatso (1813-1899) and the writings of Rongzom, Dodrupchen, Paltrul, Mipham and many others have added to the rich collection of Nyingma literature. The oldest Nyingma institution is Samyey temple completed in 810 C.F. by Shantarakshita and Guru Padmasambhava under the patronage of King Trisong Deutsan. Subsequently, no big monasteries were built until the 12th century, when Nechung Monastery was built in Central Tibet by Chokpa Jangchub Palden and Kathok Monastery was founded in Kham by Ka Dampa Desheg (1112-92) in 1159. This is an indication that unlike the other Buddhist traditions the Nyingmapas did not become institutionalised until much later in their history. From the 15th century onwards, great monastic universities were built, such as Mindroling, founded in 1676 by Rigzin Terdag Lingpa, otherwise known as Minling Terchen Gyurmed Dorje (1646-1714) and Dorje Drag founded in 1659 by Rigzin Ngagi Wangpo in central Tibet; and Palyul established by Rigzin Kunsang Sherab in 1665; Dzogchen built by Dzogchen Pema Rigzin in 1685 and Zhechen established by Zhechen Rabjampa in 1735, all in Kham province. Dodrupchen and Darthang monasteries were established in Amdo.

This site is maintained and updated by The Office of Tibet, the official agency of His Holiness the Dalai Lama in London. This Web page may be linked to any other Web sites. Contents may not be altered.