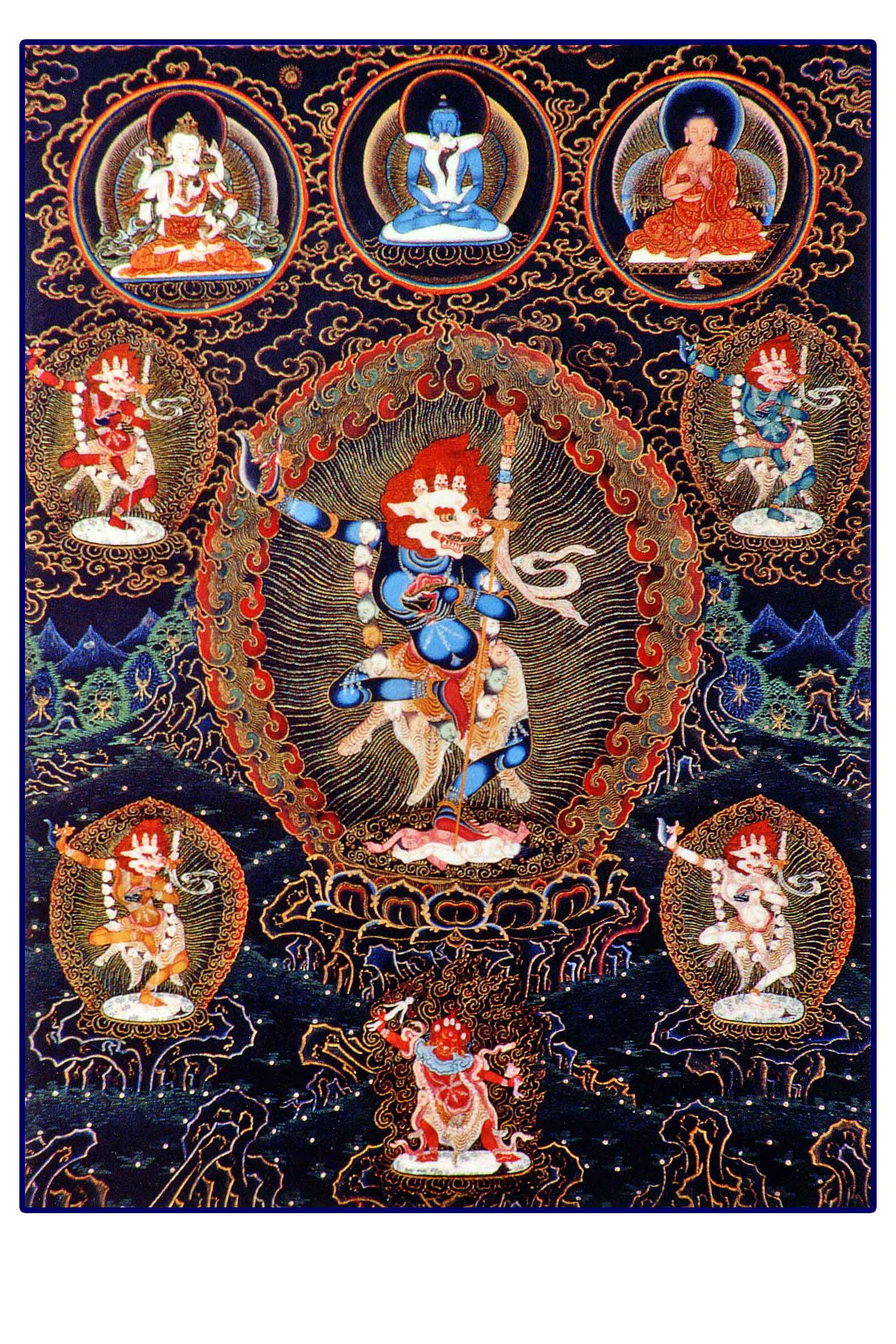 This song comes from a collection of songs by Shangpa masters.
Khyungpo Naljor, a twelfth-century teacher in Tibet,
had a visionary experience in which a lion-headed dakini appeared
to him and sang this song about working with dakini energy:

When wanting and grasping hold sway
The dakini has you in her power.
Wanting nothing from outside, taking things as they come,
Know the dakini to be your own mind.

The essence of mind is knowing.

Know that the crystal is the non-thought of mind itself
And the crystal dakini guards against interruptions.

Know that the source of wealth is contentment
And the jewel dakini fulfills all wants and needs.

Know that the lotus is the non-thought of freedom
from attachment And the lotus dakini gathers energy.


Know that action has no origination or cessation
And the action dakini gets everything done.

Those who do not understand these points
Can practice for eons and know nothing.

So, the heart of the matter is
To know that the dakini is your own mind.