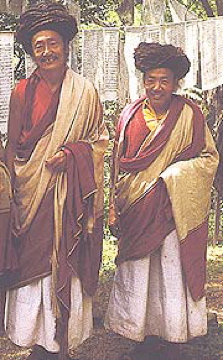 The term Tantra refers to a pan Indian religious movement (also called Tantrism) that arose in about the 6th century AD within both Buddhism and Hinduism and to the texts (either Buddhist or Hindu) setting forth its practices and beliefs. The main emphasis of Tantrism is on the development of the devotee's dormant psychophysical powers by means of special meditations and ritual techniques. These are essentially esoteric and must be passed on personally from master to initiate. Stressing the coordination of body, speech, and mind, they include the use of symbolic gestures (mudras); the uttering of potent formulas (Mantras); the entering (through meditation) of sacred diagrams (Mandalas) and yantras; the meditator's creative visualization of and identification with specific divine forms; and the physical, iconographic, or mental use of sexual forces and symbols.

Because of the last of these emphases, Tantra has sometimes been considered as a degenerate form of religion rather than as the final outgrowth of trends whose roots reach deep into YOGA and Indian cosmology. Although the particulars of practice vary between the Buddhist and Hindu Tantras and within each of these traditions from one text or lineage to another, they all stress the realization, within the body, of the union of polar opposites, whether these be conceived of as devotee and goddess, the masculine principle (Shiva) and the feminine (Shakti), reason and compassion, or samsara and nirvana. Tantrism is traditionally practiced in Tibet, Nepal, Bhutan, and other countries where Tibetan Buddhism is followed, as well as in India.