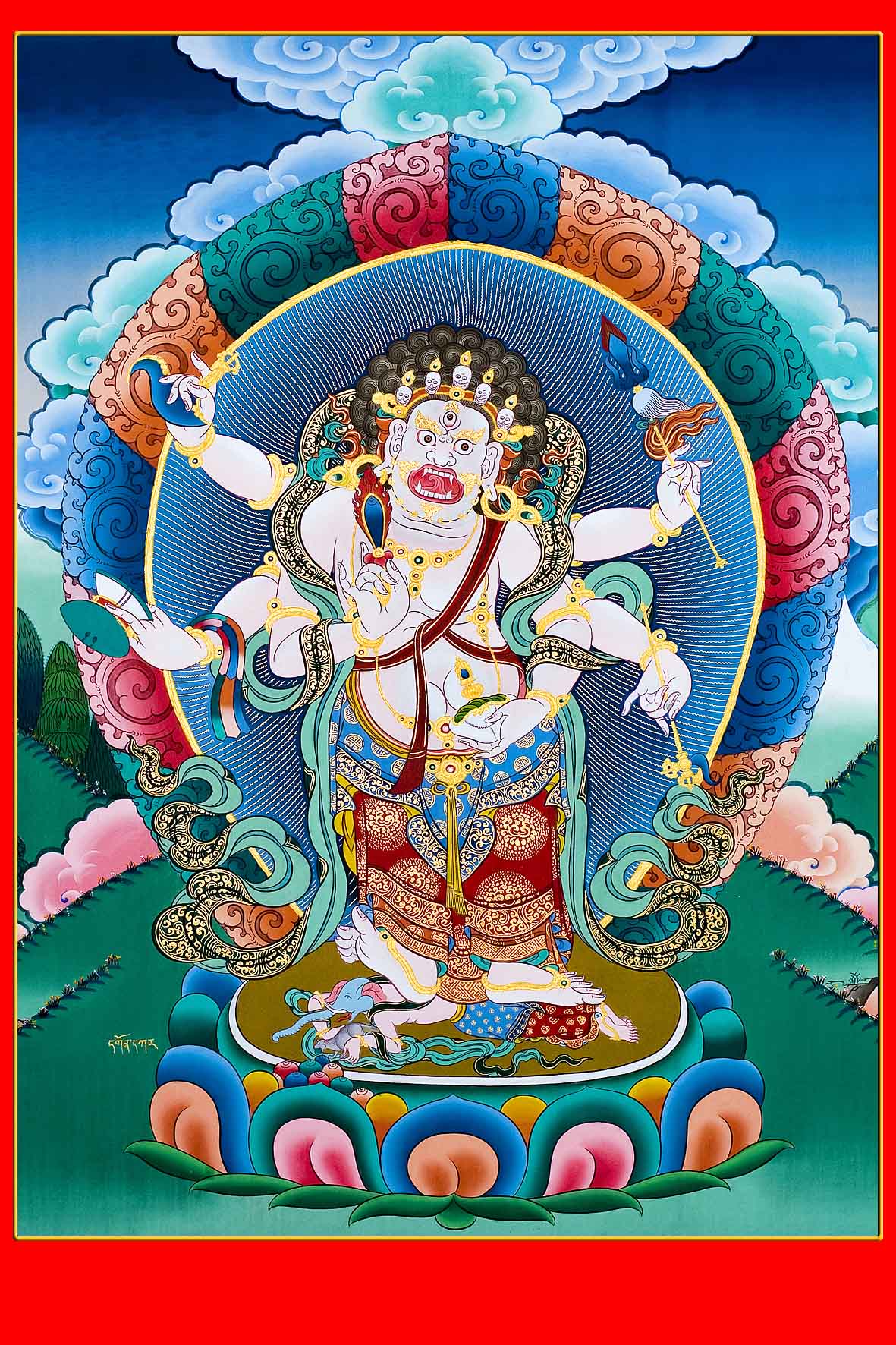 For Vajrayana practitioners, the entire universe, including the five skandhas,

is transformed into the mandala of Buddha's five wisdom families.

the normal concept of 'I and others', or 'this and that'.

In Vajrayana, there are three major or root samayas to observe:

All forms as deities

All sounds as mantras

All minds as Dharmadhatu 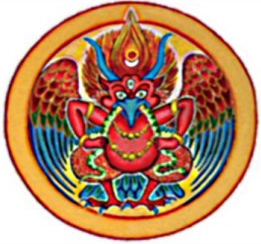 When one's mind is truly developed to that point, there is no chance of making a mistake.

Any mistake or broken samaya is the result of defecting from these three root samayas.
Samaya and Guru

As I mentioned earlier, samaya is connected with the guru. The guru is the key issue in the practice of Vajrayana, therefore we must check the guru before making important connections. As the Buddha said, "In Buddhist practice, everything must be checked." In Vajrayana, the four initiations are very important; in order to receive the four initiations, you must have a guru and this guru must be chosen by yourself. You cannot rely on your friends who may say, "There is a nice guru who happens to be in town, come and take initiation from him!" People take it so easily, so simply, without even checking on the background of the guru. Later on they may get headaches and regrets and hear rumors and gossip, so all these negative things happen because they didn't check first. Then there is no one to blame except themselves.

Different gurus have different qualities and levels; there are best, good, middling and very little, or sometime having the name as 'guru' but without any qualification. Some of them are even fake and some of them are not. This situation has been occurring throughout history and is not something new that is only happening now. You can see that through various texts and biographies of great masters and discover that many gurus were scolding the monks and practitioners for being careless in selecting gurus. Therefore, the most important thing is that the masters or gurus must be checked and must be genuine.

Another problem is that many people don't really know the meaning of root guru. They listen to rumors, read a few pages and get confused with wrong information. For example, some people learn that disciples have to take the guru as a Buddha, so they think, "I must believe my guru is a Buddha." Then they force themselves to believe blindly that this man whom they regard as their guru is the real Buddha. Nothing in the Buddha's teachings or in Vajrayana talks about this. It's a total misunderstanding.

The Buddha taught very clearly in his teaching on Vajrayana, he never mentioned that there would be a Buddha appearing between Buddha Shakyamuni and Buddha Maitreya. What is really taught in Vajrayana is that the master, who teaches us the real meaning of the Buddha's teachings and makes us realize the teachings, is kinder than the Buddha because we do not have the good karma to meet any of the past Buddhas in person. But in this regard, people make mistakes and misunderstand.

Patrul Rinpoche, the author of 'The Words of My Perfect Teacher', gave a very clear and simple explanation. He said, "The root guru is respected and treasured as the Buddha not because he is the Buddha, but because his kindness which is beneficial to oneself is even greater than the Buddha's." It's like a poor family supporting you so that you are able to survive and keep your life going, compared with another family who is extremely rich but who doesn't give you even one penny. So between these two families, who is kinder? Of course the poor family who feeds and supports you is kinder and what you really need is to survive and be alive, not just to know some rich people who do not give you any help and benefits.

What we are saying is that the Buddha is great: without Buddha Shakyamuni, there is no way to have any of the teachings. However, without masters who teach, we have no living example, guidance or inspiration. Unless we can see real proof of a living master exemplifying the Buddha's teachings, we cannot be fully trusting or have faith that we can attain realization in one lifetime.

The 'realization' that we talk about here is not fully enlightened Buddhahood. In teachings, we always talk about Drangdon (relative truth) and Nyedon (ultimate truth). Drangdon is for guiding, i.e. to give some idea of the path, to guide people's minds so that they can focus on the main point leading to understanding, which gives hope or inspiration. Nyedon is the ultimate enlightenment or fully enlightened Buddhahood. Sometimes these two are mixed up and this brings about confusion.
Other Types of Samayas

There are hundreds of thousands of types of samayas, such as three samayas, five samayas, 14 samayas and 28 samayas. It all depends on whether you are taking the initiation of Kriya Tantra, Charya Tantra, Yoga Tantra or Anuttara Yoga Tantra such as the Ati Yoga in Dzogchen practice. There are so many of them and it really depends on the level at which one is developing. To condense all of them, there are three root samayas as I have mentioned before. If one keeps these three samayas, there is no chance of breaking any other samaya. These three are not just samayas, but also Vajrayana practice, just like two sides of one coin that are inseparable. Therefore, if one practices Vajrayana properly and correctly, one would not be able to break any samaya. If one adheres to these three root samayas, one would be able to practice Vajrayana properly. Samaya is found in the four initiations; with vase initiation comes the vase samaya, with secret initiation comes the secret samaya, with wisdom initiation comes the wisdom samaya, and then with recitation initiation comes the recitation samaya.
The Downfalls of Breaking Vajrayana Samaya

There are 14 root downfalls of breaking samaya. Some of the more significant downfalls are disrespecting the Buddha's teachings, fighting with Vajra brothers or sisters, and abandoning beings from one's mind, which is related to the Mahayana Bodhisattva's vows; this means, "I will not help that person." Even if someone greatly hurts his or her guru or destroys Buddhism entirely, the Buddha never gave the slightest permission to develop hatred; instead he helped this person through different methods. Therefore if you say, "This is a bad person, I will not help him", or even if you have the slightest thought of this, this is breaking samaya.

The 14 Root Downfalls of Breaking Samaya

1. To physically or verbally harm one's vajra master or to entertain wrong views of him

2. To oppose the Buddha's teachings and go against the guru's instructions

3.To develop strong negative and afflictive emotions towards other sentient beings, especially the community of vajra brothers and sisters

4. To abandon the attitude and practice of loving-kindness towards all sentient beings

5. To go astray in one's clinging to sexual bliss and to abandon Bodhicitta

6. To abuse other traditions, lineages or religions with the motivation of gaining more respect for oneself

7. To reveal Tantric secrets to those who are not spiritually matured, thereby resulting in the misunderstanding of the teachings

8. To harm one's and others' precious human bodies

9. To have doubts regarding the Absolute Truth

10. To refrain from forceful activity when needed so as to overcome destructive influences resulted from negative energies, such as the unwillingness to save or help sentient beings although one has the ability to do so

11. To have doubts regarding the meaning of suchness

12. To annoy other sentient beings out of self-concerns

13. To refrain from certain behavior when appropriate, such as the unwillingness to accept the necessary and appropriate practices (for example, consuming alcohol and meat which are offered in a Ganachakra practice) as and when they are required

14. Not to abuse women or regard them as inferior

Mending or Repairing Mistakes and Vows

In Vajrayana, there are many ways of repairing mistakes and vows. But generally for a Bhikshu or fully ordained monk, once he breaks the four main vows, there is no way he can repair them. In most of the schools, he can still repair. Often in people's minds, if a Bhikshu disrobes and then robes again, they laugh and think he is insane. Some schools allow this and some do not.

The Four Fundamental Precepts of A Monk

1. Not to scold when scolded

2. Not to become angry when provoked

3, Not to reveal another's faults when he reveals one's

4. Not to hit back when being hit

The Buddha's teachings are divided into 18 schools: this was his intentional wish. The Buddha didn't want one large, dominating Buddhist group. Instead, the Buddha made the intentional wish that his disciples and followers would break into 18 entirely different schools. This was said by Buddha Kashyapa, who told his disciple King Kri Kri, when the latter informed him of a dream with 18 men dividing a white sheet of cloth into 18 pieces, "This is the forthcoming Buddha Shakyamuni's intentional wish. He doesn't want a giant school that will control everything as this will result in major corruption. So this will pit all 18 of them against each other, even though each of them follows the path to enlightenment." In fact, one of these schools is exactly like Hinduism accepting the concept of Atma (meaning divinity, soul or great self in Sanskrit).

In Mahayana, once the Bodhisattva vows are broken, you can repair the vows by taking them again. In Vajrayana, there are many different methods of purification, depending on what kind of samaya has been broken. For different types of samaya, the methods of repairing samaya depend on the seriousness, on the period (such as within six months, three years, etc.) and on whether it is with the guru, Sangha or others. This is one reason why Vajrayana practitioners should develop sincere openness to all others, without discrimination in the context of gender, religion, caste, etc. One should really uproot the discriminating and condescending attitude towards others.

There are actually many methods mentioned in the teachings about purification, mending and making good again the samaya or vow that has been broken. In Vajrayana, whether you are a lay person, Bhikshu, a man or a woman, the principles are the same; the only difference is the level of tantra undertaken. For example, the Kriya and the Charya have lesser vows. If one takes Kriya initiation, it says if you break this or that, then you have to do this or that. If you take Charya initiation and you break this or that, then you do this or that. Once this sort of broken samaya occurs either intentionally or accidentally, the best way to purify is to recite the Vajrasattva hundred-syllable mantra 21 or 108 times a day. It is taught in the teachings that the practice of Vajrasattva purifies any defilement, obscuration or broken samaya at the common level