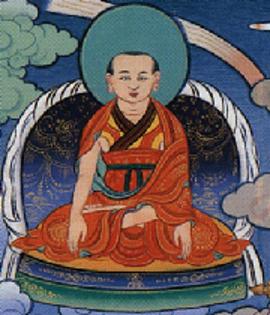 When Teaching the Buddha’s Word or the Treatises[i]

Generally, for any kind of Dharma teaching, there is (I) an explanation of preliminary points that precede the teaching and (II) the actual teaching of the topic to be explained.

I. The Preliminary Points to be Explained

In this there are three parts:

How the teacher teaches

How the students listen

How both the teacher and students proceed while teaching and listening.

1. How the Teacher Teaches

Arhat teachers teach by means of three pure factors. Firstly there is the pure vessel of the listener. This means that the arhats use their supernatural powers of cognition to examine the students in the assembly before teaching the Dharma only to those whose mindstreams are pure. Then there is the pure speech of the teacher. This means the arhats teach without any afflictive emotion, in a pleasant style that is free from any verbal impediment or any flaws in terms of grammar or syntax. Finally there is the pure topic of the teaching, which means that the arhats teach exactly what they heard from their own teachers, the perfectly enlightened buddhas. They do not add or omit even so much as a single word on account of their infallible powers of recollection.

You might wonder why the great arhats do not teach the Dharma through the three types of miraculous ability. Arhats are unable to teach using these three miraculous abilities because they have four causes that prevent them from knowing certain things. They lack knowledge about distant locations, as for example when Maudgalyayana did not know that his mother had been reborn in the buddha field called Possessing Light Rays. They also lack knowledge about distant times, as when Shariputra did not know that the householder Palkyé possessed the seed of liberation. Nor do they know the infinity of results that spring from an infinite number of causes. As it is said:

To know all the various causes that produce

Just one of the bright colours in a peacock’s tail

Requires omniscience; such things are unknown

To anything else besides all-knowing wisdom.

They lack knowledge of the Buddha’s many qualities; they do not know his ten powers, four fearlessnesses, eighteen unshared attributes and so on.

When it comes to the teaching style of a learned pandita, there are two approaches. The panditas of the glorious monastic university of Nalanda would teach the Buddha’s words in terms of the five perfections and the treatises by means of five principal considerations. The panditas of the monastic university at Vikramashila would begin by making their audience suitably receptive and then describe two certainties regarding the origin of the teaching.

If we now adopt the first approach [i.e. that of Nalanda] to explain a treatise such as The Precious Wish-Fulfilling Treasury, then because it is not the direct word of the Buddha, we must explain it by means of the five principal considerations, as follows:

Who then, one might wonder, is the text’s author? He is the omniscient lord of Dharma, Pal Ngakgi Wangchuk [i.e. Longchenpa], who possesses all three qualifications of someone composing a treatise—the highest qualification of seeing the truth of reality itself, the middling qualification of gaining authorization from the yidam deity and the lowest qualification of being well-versed in the five sciences—and who has crossed to the distant shore of the ocean of our own and others’ philosophical views through his wisdom of study, reflection and meditation.

From which scriptures does the text draw? It draws from the three pitakas of the sutrayana and the four classes of tantra of the mantrayana, together with their respective commentaries.

For whose benefit and for what purpose was it composed? Generally, we could say that it was composed to set all beings, infinite in number, on the path to liberation. More specifically it was written for the sake of fortunate disciples, to lead them to the level of Lord Vajradhara within a single lifetime and a single body through study, reflection and meditation and understanding what in samsara and nirvana is to be abandoned and adopted.

Explaining the five principal considerations like this is necessary because it engenders confidence in the authenticity of the teaching.

2. How the Students Listen

It is important to listen while avoiding the three defects of the container, the six stains and the five wrong ways of remembering, and while relying on the four metaphors and applying the six transcendent perfections.

As regards the three defects of the container, it is said:

Not paying attention is to be like a container turned upside down.

Not remembering is to be like a container with a hole in it.

Mixing what you hear with mental afflictions is to be like a container with poison inside.

These three should be avoided. As the sutra says:

Listen well with full attention and remember what you hear.

The six stains are mentioned in Well Explained Reasoning:

Lack of any interest,

And discouragement are the six stains.

The four metaphors are given in the Avatamsaka Sutra:

Noble one, think of yourself as someone who is sick,

Of the Dharma as the remedy,

Of your spiritual teacher as a skilful doctor,

And of diligent practice as the way to recovery.

The Tantra of the Clear Realization of Instructions on all Dharma Practices says:

Make perfect offerings such as flowers and cushions,

Set the place in order and control your behaviour,

Offer prayers to your teacher,

Listen undistractedly to his instructions,

And ask questions to clear away your doubts—

These are the six practices of Tara.[ii]

3. How both the Teacher and Students Proceed while Teaching and Listening

Those who wish to teach the meaning of the sutras,

Should be given a few words of practical advice.

The practical instruction I refer to is as follows:

Relate the teaching’s purpose and its basic theme,

The meaning of the words and how its parts fit together,

And offer a response to any possible objections.

As this states, every section of the teaching should be understood in terms of its purpose, showing the reason why it is presented in a certain way, and also by means of a synopsis, which is a summary of the most important points. It should also be understood through an accurate explanation of the words of the text, including their grammatical features, as well as its sequence, showing how the various earlier and later sections of the text fit together, and by addressing any points of controversy or sources of doubt with a response to possible objections. These are known as the five major structural themes.

II. The Actual Teaching of the Topic to be Explained

The first of these has three parts: stating the title, the expression of homage and the commitment to compose the text.

The explanation of the title consists of stating why a title is necessary and describing the meaning of each of its words. With regard to the necessity of a title, firstly there is an explanation of why all things in general are given names. As it is said:

If things were not given names,

The world would be bewildered.

So Lord Buddha, skilled in means,

More particularly, there is a purpose for giving names to treatises. Beings of the highest capacity will realize the entire meaning of a text from beginning to end just by seeing its title, in the same way that doctors can determine all the health problems in a patient’s body, from head to toe, just by checking the pulse rate. Those of middling capacity will know into which category a text falls, like a trained archer hitting a target with his arrow. For people of lesser capacity a title makes it easier to find a text, as with medicine containers, which are given labels to indicate their contents.

Secondly, there is an explanation of the words of the title. This has three parts: explaining the title in Sanskrit, explaining the title in Tibetan and explaining the meaning of the title by showing the correspondence between the two languages. With regard to the first part, there are various reasons why the title is given in Sanskrit. Generally, the Sanskrit title is given at the beginning of the works that were translated by the lotsawas and accomplished Indian panditas during the earlier and later periods of transmission because it inspires confidence in the authentic origin of the text. The Sanskrit title is also given in treatises composed in Tibet to indicate that the teachings ultimately derive from India, but also to show that the author is not ignorant when it comes to language, and to create the auspicious conditions for teaching the Dharma to beings in their own languages, such as Sanskrit (the language of the gods), once one ultimately attains awakening.

[iii] The metaphor is of a lion majestically turning its head and looking behind at the ground it has covered.